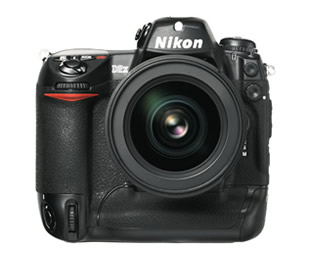 In these nascent years of digital SLR photography, many Nikon underwater photography stalwarts have felt compelled to forsake their time-honored brand, switching to Canon, and even Fuji, in favor of those innovative and rapidly advancing lines of digital SLR cameras. Nikon gained back some ground with the D-100 and D-70 camera bodies, but Canon always seemed to be one step ahead in bringing new, higher resolution, systems to market and the housing manufacturers quickly adapted to serve them up for us. But the digital race is far from over, and the Nikon marketing juggernaut is just gaining traction. This latest offering from Nikon, the equally impressive and pricey D2x digital SLR, may serve to stem that tide of desertions, at least for the high-end side of the market. From my initial experiences with this camera, those who waited may well be glad they did. 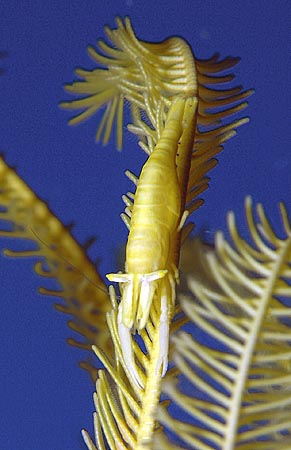 Depending upon one's chosen perspective, the D2x is either ridiculously expensive or immensely functional, probably both at once. Weighting in with 12 mega pixels of resolution and a host of updated features, the D2x is, for the digital moment, Nikon's top of the line camera. After a good deal of investigation, procrastination, and soul searching, the D2x is what finally got me back into a single lens reflex for my underwater photography. This report is the result of my first outing with the D2x, safely ensconced in a Nexus submersible housing. Ten days of diving at stellar Wakatobi Resort in Sulawesi, Indonesia gave me ample opportunity to put this system to the test as a serious tool for underwater photography.

Above water, my first impressions of the D2x focused on its size and heft. It is a good bit more consequential than my previous Nikon N-90 film SLR's, or my wife's neat D-70 digital. But once buckled into the Nexus housing, the D2x system seems compact and efficient. In the water, with a single strobe and my legacy Ocean Brite strobe arms affixed, the rig is only minutely negatively buoyant, weighing but a few ounces. As with my previous Nexus housings, the grips are well balanced and comfortable for my relatively large hands. When the left hand was needed to steady myself, keeping my body off the reef, I was easily able to shoot single-handed.

The Nexus housing presents the user with an impressive, and initially baffling, array of buttons and controls, many of which have little or no practical application for underwater work. But the important controls, aperture, shutter speed, focus or zoom, and shutter release, were comfortably presented and operated very smoothly. The one additional control I would have liked to access is the focus lock, which on the D2x is a button on the back of the camera. In this housing configuration, the button's position rendered the control unreachable while operating the shutter. Fortunately, the D2x's excellent auto-focus capability, even in low light situations, kept this lack of control access from being a major drawback.

The viewfinder on the D2x is appreciably larger than that of the D-100, a critical point of sale for me and my "old eyes." The diopter vision compensation adjustment on the eyepiece is also very helpful in this regard. It enables the shooter to select from -3 to +2 diopter settings, focusing the viewfinder to personal preference. In practice on the reef, I experienced no difficulty in seeing and composing images with this well-designed camera and housing combination.

Another advantage of the D2x is its larger image display screen, which is thoroughly viewable through the Nexus housing's spacious back window. This image enables the photographer to immediately assess the previous shots for exposure, focus, and issues of composition. With the rapid write speed of the D2x and an 80-x Compact Flash memory card, I found I had virtually instant access to the image on my display screen when shooting the highest resolution Jpeg files, and only a brief delay for Raw files. Ultimately, this instant feedback functionality is digital photography's ace in the hole. 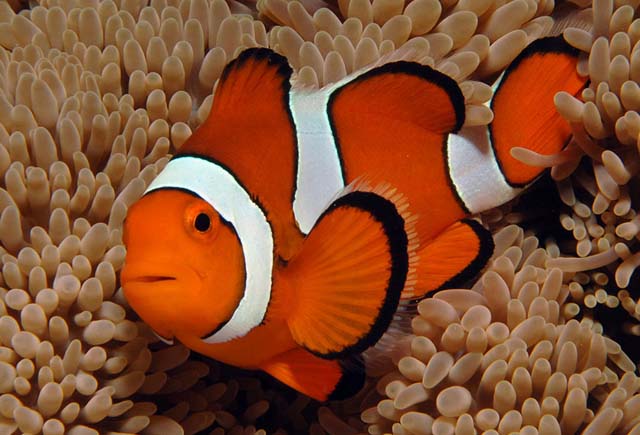 Though this issue is much bandied-about on the message boards, with such a rich view instantly at hand, the availability of TTL flash metering is a non-issue for my purposes. Underwater, I am shooting this D2x system in full manual control. My default settings upon entering the water are 1/125 of a second and an initial aperture of f-11, with my strobe(s) dialed back to ½ power output. In many eventualities, this would result in a satisfactory exposure for mid-range subjects such as reef fishes. But whenever possible, I would fire at least one or a series of test shots on the way in to stalking an animal, refining my settings as needed before approaching more closely. Before moving in for a macro shot, I would begin with f-22, and again use the image display to tailor the exposure.

Back in the halcyon days of film, professional underwater photographer James Watt used to wrestle with a concept he called "fire control." As we cannot change film underwater, Jim was torn between taking the next shot, and reserving a few frames at the end of the 36-exposure roll for the whale shark, or mating nudibranchs, that we hoped were just around the next coral head. With this D2x system, we need no longer worry. Shooting the highest resolution JPG file, writing to a 2-gigabyte memory card, I had capacity for 400 images. Even shooting Raw files, I have room for 180-200 shots on that 2 gig card. Such welcome capacity leaves room for plenty of bracketing and creative experimentation.

Nor do related technical issues necessarily limit the firepower. The D2x is powered by a proprietary lithium ion rechargeable battery pack. With a prodigious capacity of 1,000 or more shots per fill, I was able to go two or three days between charges. At the end of a day's shooting, which often entailed 200 to 300 exposures, I had only to download the memory card, and put the strobes on charge, to be ready for the next day. Sadly though, rather than spending all my leisure time savoring a drink and watching sunsets from Wakatobi's oceanfront patio, the remains of my day were filled with culling and editing images at the laptop. The positive side of this, or course, is that at the end of a dive trip I head home with finished products rather than a lead bag full of undeveloped films. 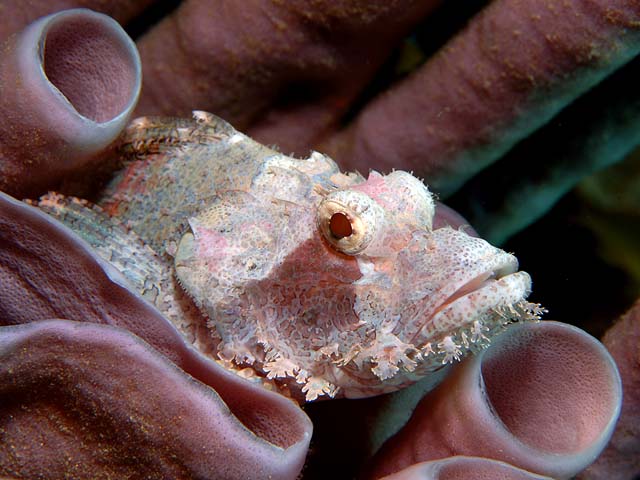 At the outset of this report, I have acknowledged that the D2x is an expensive habit to cultivate. Be forewarned that the considerable cost of this camera, media cards, housing, ports and gears is not the end of it. Moving to a high resolution digital camera, and shooting hefty Raw files, may well also entail purchase of a faster home computer with extra RAM and a giant hard drive, a similarly tricked-out laptop for the road trips, the latest image manipulation software from Adobe, supplemental storage drives, new "digital" lenses, and possibly marriage counseling as well.

Nor will a D2x, or any other of the fine new digital systems, instantly make you a better underwater shooter. The camera is but a tool in the hands of the photographer, weighty with both assets and impediments. You must still train to be a safe competent diver, master the array of camera controls at your disposal, continually practice and refine composition issues, and most importantly learn how to carefully approach these skittish marine animal photo subjects on their own terms. Only then will your sophisticated underwater camera system become a tool of creativity rather than a very pricey and frustrating weight belt. Becoming a competent underwater photographer requires practice, resolve, and good tools. This D2x and Nexus housing is as fine a photography system as I could have hoped for, well exceeding my considerable expectations. Now it is for me to turn all this potential into intriguing underwater images. Which means it is time to stop writing... and go back to making pictures.

Yours in diving - Ken Knezick, Island Dreams Travel
View additional D2x images in the Island Dreams' Photos of the Month

Sidebar - A dedicated dive traveler approaching 3,000 logged dives, Ken Knezick is owner of Island Dreams Travel in Houston, Texas. He has been shooting underwater photography for 25 years, starting with a Nikonos II, and eventually progressing to a pair of housed Nikon N-90 systems. In the late 1990's, Ken was introduced to digital u/w photography with an Olympus 3040 point and shoot camera. He sold his N-90's in anticipation of a digital SLR, and has been making good use of an Olympus 4040 in a Light & Motion housing, while awaiting the right camera and housing combination. Ken personally shot all the underwater photos accompanying this report, in the waters surrounding Wakatobi Resort, with his new Nikon D2x in a Nexus submersible housing.

Acknowledgements -- For their professional assistance, friendship and excellent advise along the way, Ken wishes to offer his thanks to James D. Watt of Wattstock.com, Burt Jones and Maurine Shimlock of Secret Sea Visions, Fred Dion of Underwater Photo Tech, and Woody Mayhew of Nexus America.