Take a Peek at Lembeh Strait 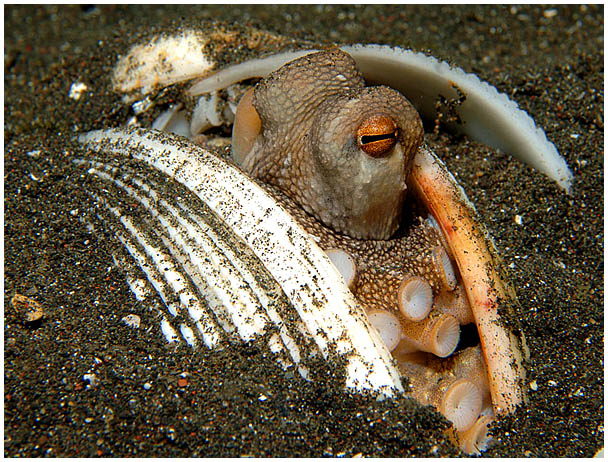 "During August and September 2011, I (Island Dreams' owner Ken Knezick) conducted a group of intrepid scuba divers to Lembeh Resort, Lembeh Strait, Indonesia. This time around it was a party of 28 fine Island Dreamers, enjoying a ten night dive trip. Some of us made up to five scuba dives per day. Our first five nights were spent at Kima Bajo Resort & Spa, diving in Bunaken Marine Park. The second half of the trip was based at Lembeh Resort, where we dived Lembeh Strait with the exellent guides of Critters@Lembeh. The photographs in this gallery were made during that latter half of the trip.

"Lembeh Strait is said to offer the greatest marine biodiversity on our planet. It speaks to the immense diversity of the area that all of the photos in this gallery were made over the course of just 3 1/2 days of diving. From Lembeh Resort, most of the dive sites were just a five or ten minute ride from the dock. Photos of such unusual and secretive creatures could not have been made without the talented dive guides of Critters@Lembeh. So here's hoping you enjoy these images, and that perhaps they will inspire you to visit Lembeh Strait for yourself."

Yours in diving, Ken Knezick

Dive the world from your desk. Explore Island Dreams' many other:   Destination Photo Galleries

Make some pictures of your own:   Join Ken Knezick on an upcoming Conducted Group Tour